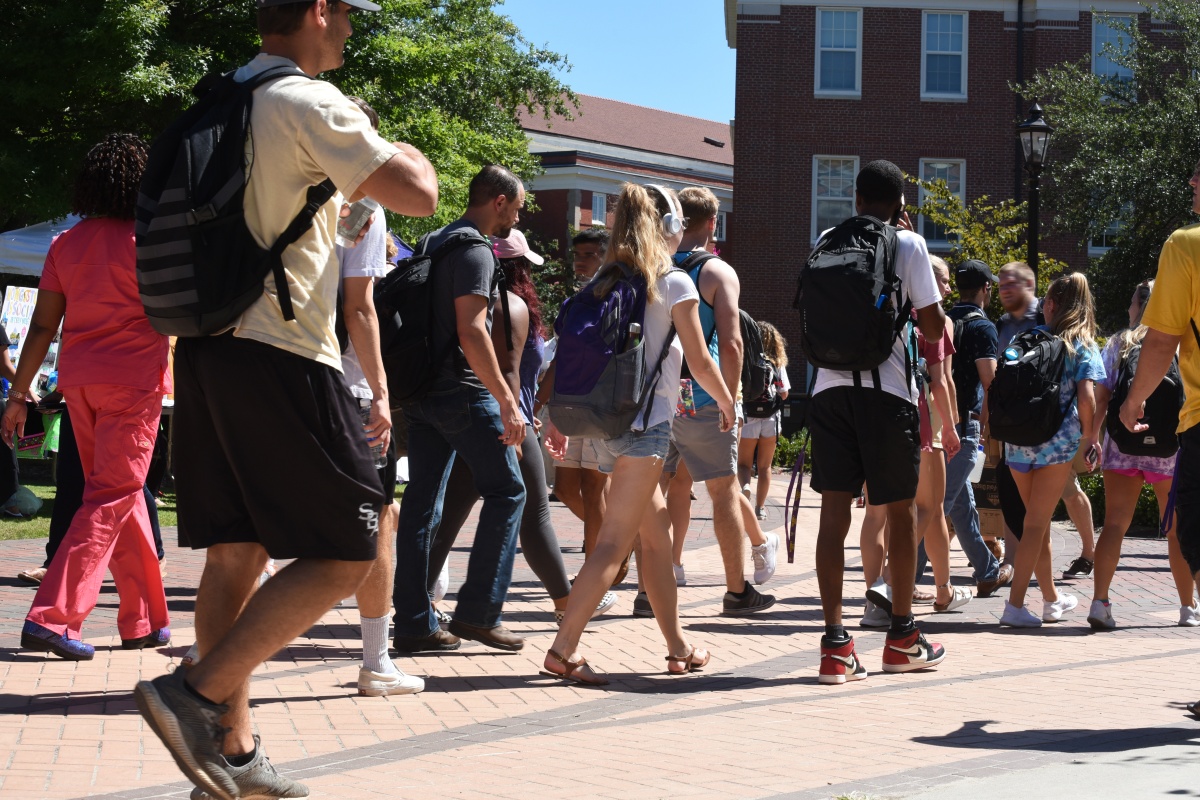 August is the start of most Louisiana schools’ fall semester. For many students, it’s their first semester in college and they are eager for new experiences. Others are looking forward to football, and those who love college football are probably familiar with the term “red zone.”  But did you know that the term “red zone” doesn’t always refer to football? “Red zone” also refers to the beginning months of the fall semester, primarily for incoming freshmen, and it has nothing to do with football or anything exuberant, for that matter. In effect, it refers to one of the most dangerous times for students; it refers to the time when a student is most likely to be sexually assaulted.
According to the Rape, Abuse & Incest National Network (RAINN) 50 percent of campus assaults occur between August and October each year. Josef Canaria, Campus Sexual Assault Project Coordinator for the Louisiana Foundation Against Sexual Assault (LaFASA) elaborates, “Sexual assault can happen to anyone. Approximately one in five women, one in 17 men, and one in four transgender students will experience some form of sexual violence during their time in college. This includes sexual harassment, rape, dating violence, and stalking.” He goes on to say, “Many schools have recognized this risk and have implemented prevention and awareness during orientation and in classes, unfortunately statistics are still high.”
A large number students and parents are under the assumption that sexual violence is committed by a stranger. Statistics show that 90 percent of the time, a college sexual assault victim knows the assaulter. Furthermore, data compiled from the Clery Act (which requires colleges and universities to publish an annual report of all the crimes occurring on and off-campus) indicates that an alarming 74 percent of reported rapes occur in on-campus residential housing.
How can these trends be changed? It’s important to understand that prevention begins NOT with potential victims, but offenders. In many campus cases, alcohol is a contributing factor to sexual assault. It’s not uncommon that freshman experience drinking for the first time during the “red zone” months. However, intoxication is not a defense nor an excuse for sexual assault. Sexual assault occurs when an offender takes advantage of someone, regardless of each person’s lack of sobriety. “Until we get to a point where we don’t have to worry about assault, there are some precautionary steps that students can take,” says Kelli Knight, Outreach Coordinator for LaFASA. “Become educated about sexual violence and share that information with friends. Go places with a friend and keep an eye on each other. If you’re at a party, know what you’re drinking. Don’t leave your drink unattended and don’t accept drinks from people you don’t know. Be aware of how you feel and if you notice any changes, tell or call someone.”
While sexual assault is never the fault of the victim, being better informed can hopefully reduce some of the risks associated with the “red zone.” LaFASA has a wealth of information regarding prevention and recovery, in addition they can give assistance to anyone who has decided to navigate the reporting process. The website’s publications and resources page covers topics such as bystander intervention, safety tips and dating violence, and healing. Please visit LaFASA.org or call the office for more information at 225-372-8995.  LaFASA also provides advocacy and legal services directly to survivors and cultivates prevention in our communities. If you are a survivor and need assistance, please contact the LaFASA Helpline at 888-995-7273 or contact our office directly at 225-372-8995.